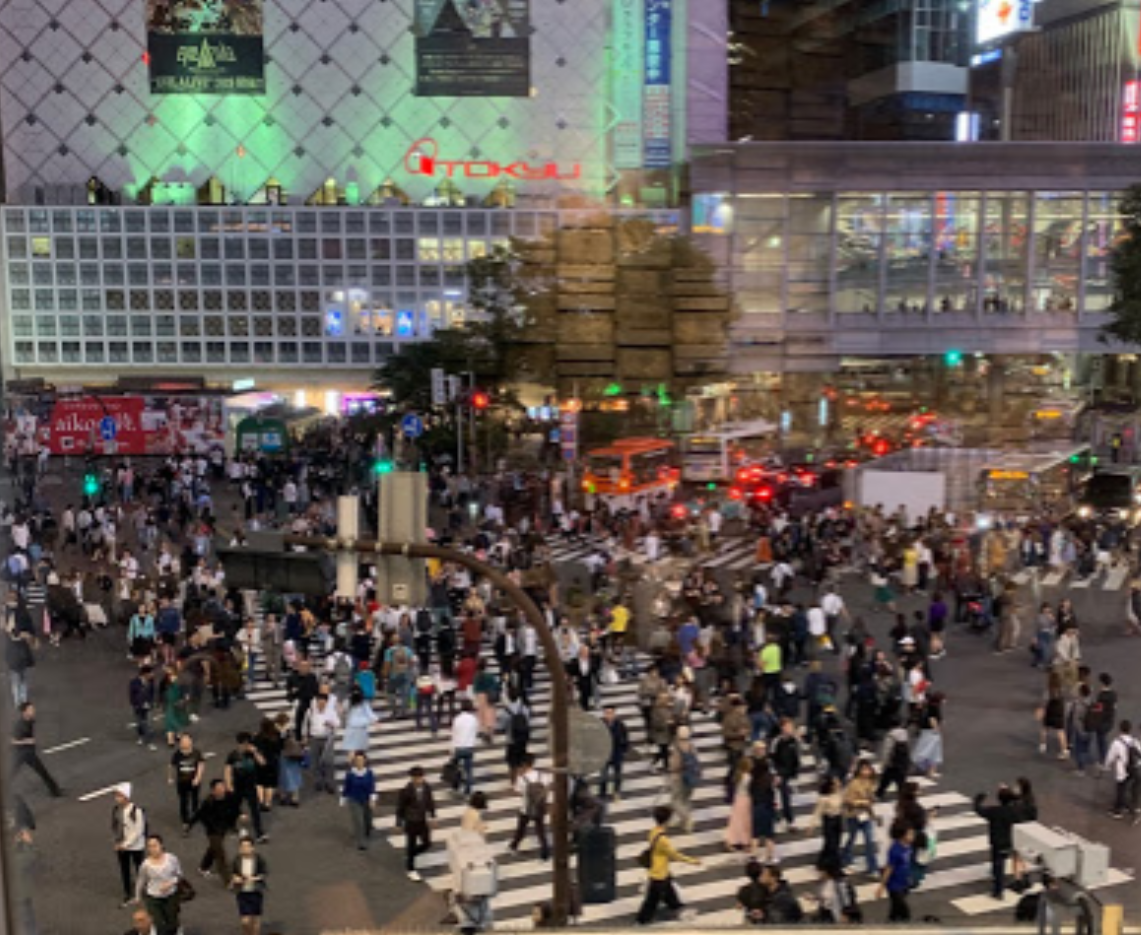 Last year I worked in the Tokyo office of my company. I spent there two weeks. I am a curious person, therefore I didn't waste my time after work on sipping sake. Every evening I would venture into the city. Well, two exceptions. I did sip some sake with my Japanese colleagues. And on my last day I went to bed early. Here is a loose collection of my impressions from Tokyo - part II. If you have missed part I - read it here.

Part One focused on historical Tokyo - we have strolled thru the Imperial Gardens and visited an old commercial district Asakusa. Impressions of Tokyo - part II will take you on a tour of contemporary Tokyo.

I will begin, however, with a XIX century building. It's in the vicinity of the National Diet (Parliament). It is the Ministry of Justice. It looks like taken from XIX century Germany. It would fit anywhere in Europe. But to see it in Tokyo is surprising.

XIX century Japan was going through rapid social, economical and political changes. Within one generation it went from deep feudalism to industrialism. Part of the changes was hiring European architects and engineers. Public edifices dropped the distinctly Japanese character and started to look like buildings in Europe or in the USA. For me the building is out of its place. We have to respect, however, also that part of history of Japan.

Shibuya is a busy commercial district with even busier train station. It cannot be missing from my impressions of Tokyo. The station is known for two tourist attractions. Both are Tokyo essentials. One of them is the Shibuya Crossing - an intersection of five streets in front of the Shibuya station. Interestingly, when the lights are green for pedestrians, they can cross in all possible directions. Including a diagonal shortcut.

I reached Shibuya in the evening peak hour. I went into a Starbucks overlooking the crossing. From my vantage of point of the first floor, I observed thousands of people crossing at the same time and going about their business. Fascinating view.

Shibuya is also famous for a monument of a... dog. Well, not a dog. Meet Hachiko, the famous dog who would wait for his master at the station. Even when the owner died at work, the dog would come wait patiently. Every day, for years.

The next stop en route my impressions of Tokyo - part II, is Tokyo Skytree. 634 meters high, with a viewing platform at 451m, it is a must-see in Tokyo. I went there late, after work. Thus I could contemplate a night view of Tokyo. If I have another chance to visit, I would go in daylight. Mt Fuji is visible in the right weather conditions.

Rather than select one or two photos of Tokyo by night, let me share a mix of photos, as this is the best way of describing the views. And yes, there were "hello Kitty" stickers all over the place. I didn't quite get that, perhaps because I do not have children.

The last chapter in my impressions of Tokyo - part II story, will be Obaida. It's a newly built district, literally on the Tokyo Bay. The main tourist attraction there is the Ferris Wheel (another portion of night time views of Tokyo). I did ride it. However, my main reason was Toyota City.

I drive a Toyota and it's the fourth car of that brand I own. I appreciate the reliability and well-thought, if not always chic, design. Four years ago I decided to ditch a diesel and go hybrid. Toyota was the obvious choice (for me), as their pioneered in that field. Interestingly, though, Toyota do not believe in fully electric cars. They think that hydrogen-powered cars are the future. Another part of the Toyota story is Lean Manufacturing. The concept had revolutionized car making and later made it into IT (ever heard of Agile?).

Toyota city is all in one - a shop, a garage, a musem and technology showroom. They bisected their cars to show the internals. There are cars of the future and cars we can drive now. Definitely a place to visit.

I hope you have enjoyed my impressions from Tokyo - part II. Part I focused on historical Tokyo, part two took us on a tour of contemporary Tokyo and even offered a glimpse into the future. At least the future of cars.

Impressions of Tokyo - Part I

Last year I worked in the Tokyo office of my company. I spent there two weeks. I am a curious person, therefore I didn't waste my time after work on sipping sake. Every evening I would venture into the city. Well, two exceptions. I did sip some sake with my Japanese colleagues. And on my last day I went to bed early. Here is a loose collection of m

The Saturday That I Lived Through Twice

Has any day happened to you twice? I mean literally the same day, not just similar. 29 September 2018 was the Saturday that I lived through twice. The Saturday Starts It started in a hotel room in Petaling Jaya, north of Kuala Lumpur, Malaysia. I woke up early, skipped breakfast and headed for the airport. I boarded an ANA plane bound for Tokyo Nar